I am an experienced and caring teacher with a love of helping students of all levels learn the violin. Learning how to play the violin is an exhilarating and rewarding experience. It is a new journey every day, one which is difficult to undertake without the guidance of an experienced, knowledgeable teacher. Because of this, I offer my services as a teacher and mentor to new violinists of all ages.

I want to give each student a solid technical and musical background. It is also my goal to teach every student how to practice so they know what to do outside of lessons. I hope to see students develop a regimen of intelligent and consistent daily practice involving a good mixture of technical exercises and violin literature.

New York City-based violinist Andrew Paa enjoys a varied career as an educator, performer, and arts advocate. A dedicated teacher, Andrew has worked with students privately and in music schools in South Dakota, Iowa, and Ohio. Before moving to NYC he previously maintained a private studio and taught at the Fairlawn and Hudson Schools of Music, and Firestone High School. His students have achieved a high degree of success, earning college scholarships and assuming leadership roles in their ensembles.

Andrew has performed across the United States and internationally in venues such as Cleveland's Playhouse Square and the Vienna Konzerthaus. Professionally, he performed, for three seasons, in the first violin section of the Sioux City Symphony. He has played with and assumed principle positions with several collegiate ensembles including the Luther College Symphony Orchestra, the University of South Dakota Symphony, the Kent State University Orchestra and the University of Akron Symphony Orchestra. Dedicated to performing chamber music, he previously founded several groups including the Cuyahoga String Quartet, Enigma String Quartet, the Rosen String Quartet, and several piano trios.

Andrew earned an MM in Chamber Music and Violin Performance from Kent State University where he studied with Cathy Meng Robinson (Miami String Quartet) and Jung-Min Amy Lee (Assistant Concertmaster with The Cleveland Orchestra). He studied chamber music with members of the Miami String Quartet and the Verve Chamber Players. Prior to Kent, he earned an MM in Violin Performance from the University of South Dakota studying violin with Dr. Eunho Kim and chamber music with members of the Rawlins Piano Trio. He earned his BA in Music from Luther College where he studied with Drs. Virginia Strauss and Jubal Fulks. Additional studies were undertaken with Frederick Halgedahl, Dan Auberbach, and Maria Peters.

Every student is an individual and every student deserves to be treated as such. Though I cover the same basic technical bases with all students in order to create a solid technical and musical background, I tailor lessons to the needs of each student. My main goal is to teach every student how to practice effectively and to take control of their time spent practicing at home. To a accomplish this, I help every student develop a regimen of intelligent and consistent daily practice involving a good mixture of technical exercises and literature. 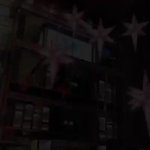 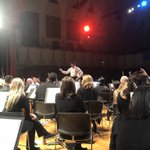 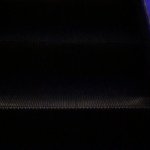 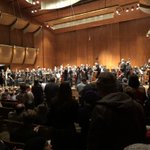